Find Out What Accommodation We Have

What's On In Pitlochry?

Find Out What Is On When You Are Visiting

Pitlochry Dam and Fish Ladder is one of the towns more renowned and visited attractions. The River Tummel was dammed between 1947 and 1952, as part of the Tummel-Garry Hydro Electrification scheme after WWII. This flooded the old Pitlochry Recreation ground where Pitlochry Highland Games were originally held and created Loch Faskally.

The scheme was very controversial at the time and suffered with floods and strikes throughout the 4 year building period. The Exhibition at the new Visitor Centre has amazing photos and stories from the time and tells the legacy of the “Tunnel Tigers”. 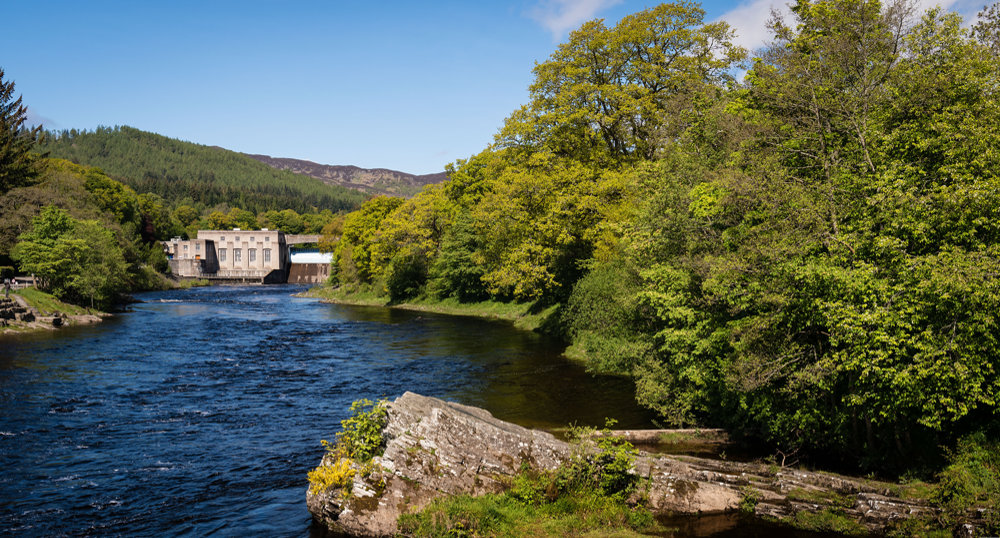 The Fish Ladder was built to enable migrating salmon up to their spawning grounds higher upriver and consists of 34 separate pools, each pool has a 1 metre opening below the water level to allow fish to swim upstream into the next level.

There used to be a Viewing Chamber where visitors could see the salmon resting, but this closed for safety reasons in March 2019. However, the numbers of fish traversing up the ladder are still counted and the figures shown in the new Visitor Centre on the town side of the River Tummel.

The River Tummel has been known to rise 7 metres in 20 minutes so flood alerts and warnings, (for the valley and down to Perth), are quite often made in Spring and Autumn. Port Na Craig and the Old Ferry Point on the town side of the Edwardian Suspension Bridge are often flooded during times of a rapid and severe thaw.

The new Visitor Centre and Café opened in 2017 and has a remarkable Exhibition about the construction of Pitlochry Dam and the “Tunnel Tigers”, the hard working and brave men who built the scheme in the Tummel valley. A very futuristic building juts out over the river below the dam, offering visitors a striking view from the Café balcony, particularly when the dam is opened during times of heavy snow melt or rain.

There Is A Great Range Of Fantastic Coffee Shops

Find Out About Our Restaurants & Bars